My client wanted to give her husband a newly planted border for his birthday, and the project grew as we discussed it into a rather larger one than originally planned!  I created a planting plan for the border, but also suggested adapting the area into a more usable space.  The house was originally built as a hunting lodge and therefore used for only a few months a year.  The river Doon flows along one side of the garden and the driveway sweeps past the other side of the house.  The space above was originally covered by grass which tended to get a bit soggy so we opted for creating a space which could be better used if it were paved and criss crossed with gravel. As there is an old sandstone wall surrounding part of the space, it becomes a sun trap in the late summer evenings.

I suggested climbing roses, philadelphus, delphinium for the sunnier side of the border and a lovely Camelia for the shady corner. 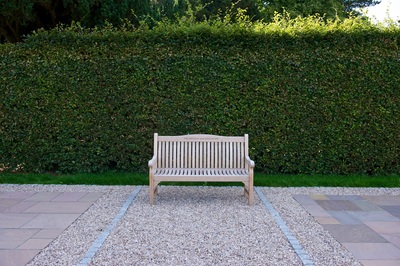 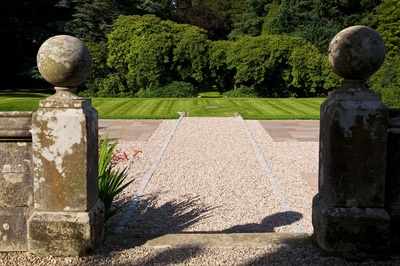 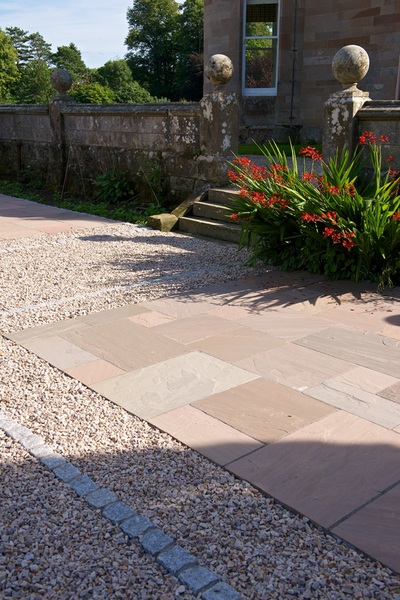 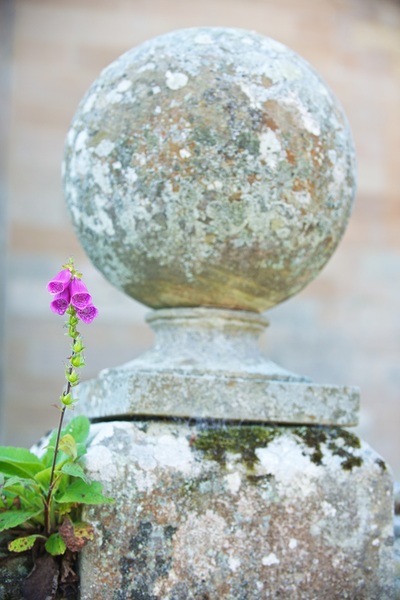 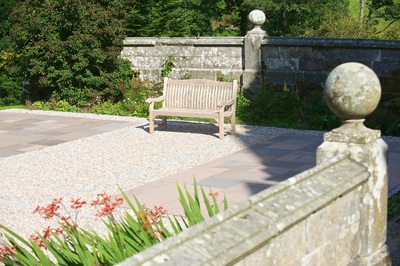 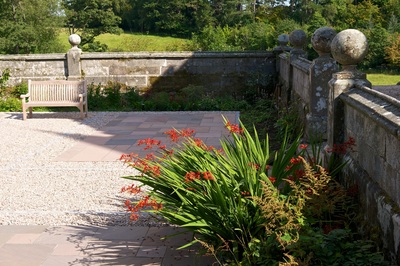 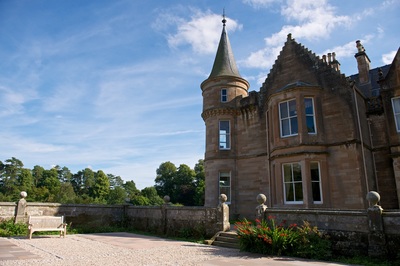